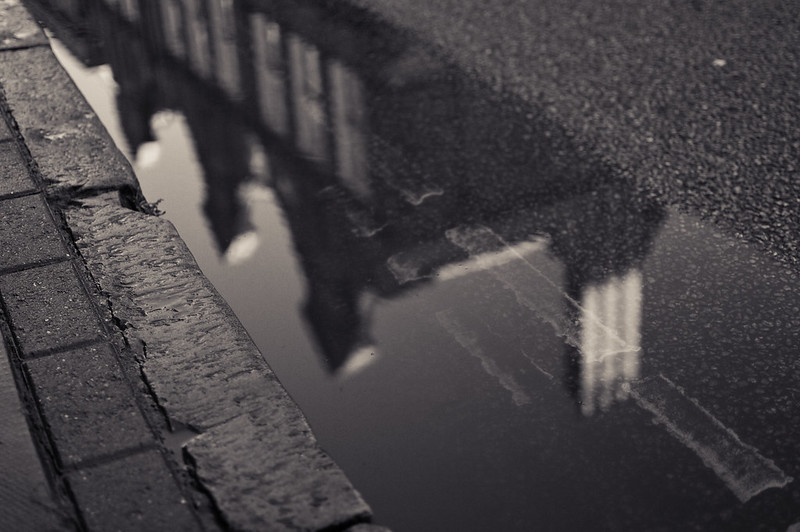 When I talk about my cases with friends, one of the most common questions is whether old buildings are exempt from ADA requirements.  Many lawyers—including me—used to call this idea a “Grandfather Clause.”  I stopped using that phrase after I learned its racist history, but on reflection the analogy to disability barriers may be apt.

In the post-slavery era, states passed laws designed to stop Black men from exercising their new constitutional right to vote—barriers like poll taxes or literacy tests.  Anyone whose grandfather could vote was exempt from these requirements.  White men were “grandfathered in” to the vote, while Black men were not.

That history is perhaps instructive in thinking about the ADA.  Should some be “grandfathered in” while others are excluded because that is what happened in the past?  Perhaps stairs were not built with the specific intent to discriminate against wheelchair users, but there is no excuse, 30 years after the ADA, for rampant barriers to access.  We maintain and continue to shape our public spaces to keep some people out because of how their bodies work.

A Gradual Approach — 30 Years Ago

The ADA recognized that accessibility would not happen overnight; the law has specific provisions allowing time and flexibility to fix pre-ADA structures.  For example, public accommodations (stores, restaurants, etc.) had to make only “readily achievable” accommodations, or provide services through other means.[1]

As businesses renovated, though, they were, and are, required to fix access.[2] Government programs were immediately required to provide access, but regulations spelled out a similar phased approach, with renovations ushering in a requirement to remove barriers.[3]

The Statute of Limitations Twist

It is rare, 30 years after the ADA, for buildings or other infrastructure to have gone untouched since the ADA became effective. Courts have ruled, however, that claims based on renovations can only be brought within the period set by the applicable statute of limitations. If too much time has passed after the renovation, the claim may be too late.

Some defendants have tried to use this limitations argument in court as a loophole to keep renovating inaccessibly as long as they don’t get caught in time. In one such case, a city argued that it did not need to provide accessible sidewalks except where plaintiff could prove they just repaved. A federal court of appeals in Colorado explained why that argument was wrong:

We hold that a public entity violates Title II of the Americans with Disabilities Act and section 504 of the Rehabilitation Act each day that it fails to remedy a noncompliant service, program, or activity.

Even today, the incorrect belief that old access barriers are “grandfathered in” remains persistent. Civil rights laws, including the ADA, were enacted to remedy inequality. Let’s learn from past mistakes. We can do better than the “Grandfather Clause.”

Maia is a civil rights lawyer committed to community lawyering for people and organizations of people with disabilities. View all posts by Maia Goodell